New Print: Armageddon. Battle between the elements of nature.

We are pleased to announce the release of Armageddon, Boris Mar’s latest print, resulting from his visit to ’ in January.  Read more below about how the image was created.

“I have been shooting this area for several days now.  Last night we camped at a great spot near a hidden cove.  This morning, again a 4am rise, followed by a twenty minute drive over unsealed road to .  It’s summer now so the sun rises very early.  Not a convenient time to catch up on sleep.  I hope to photograph the early rays of light over .  It’s still dark and I can’t spot any stars in the sky, meaning it’s most-probably clouded and chances of a nice sunrise are low.

For some reason, there’s a feel of anxiety in the air.  Some days just aren’t peaceful and over time I have learnt how to sense this.   On top of that, on the short walk to the cliffs overlooking the ocean, I step within half a meter of a Tiger Snake.  A bite of this animal can kill you within an hour if untreated.  I’m a long distance from the nearest available medical treatment.

Daylight is breaking slowly and it is obvious now that I can forget about my idyllic sunrise.  Actually, a storm is developing and the horizon in front of me is steadily transforming into a battlefield of dark, angry clouds.  The scene looks like Armageddon.  Armageddon, meaning ‘’, was the location of many decisive battles in ancient times.  This morning the ocean and sky in front of me resemble a battlefield between the elements of nature.

This reconfirms all the clichés about landscape photography.  Rarely nature’s elements turn out how you want them to be, you never know for sure what to expect.  However, try to be creative, and even a nasty storm can turn out to become a strong image ”   Boris Mar 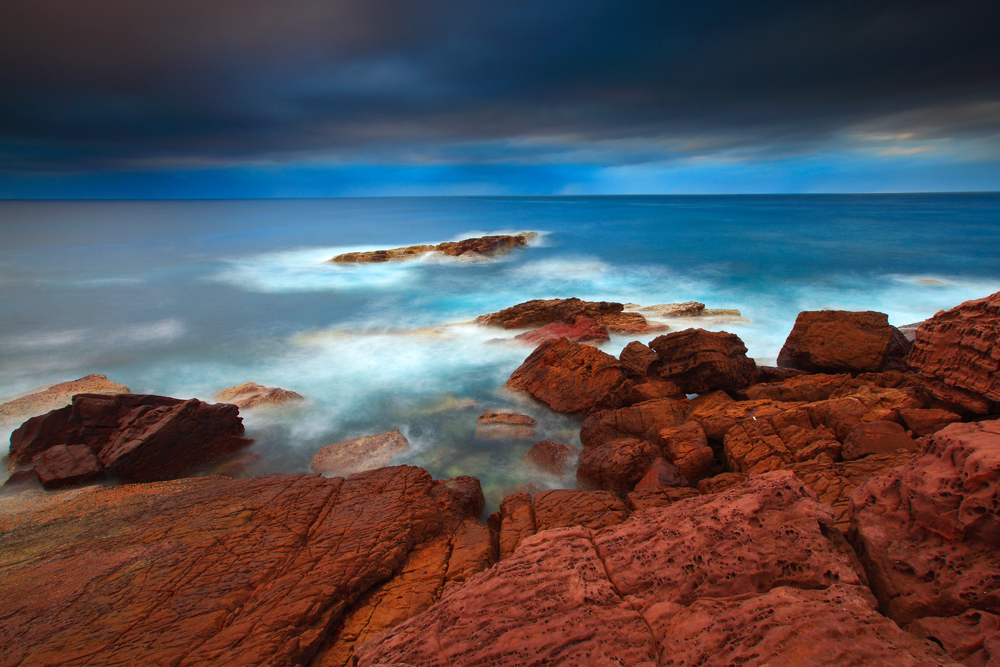